Our passion for gymnastics is stronger than ever!

Debbie Richardson née Hampton and Keith Richardson set up the Southampton School of Gymnastics (S.S.G.) in 1986 at the Eastpoint Community Centre in Southampton. At Eastpoint there were two multifunctional halls and gymnastics shared these with football, badminton, basketball, athletics and a number of non-sporting functions such as exhibitions, weddings and bird shows. S.S.G. ran classes for male and female artistic, recreational, adult and pre-school gymnastics. It also ran classes for special needs male and female gymnastics both at a recreational and competitive level as well as trampolining classes. Courses at S.S.G. were extremely popular as well as successful. The school produced both male and female gymnasts involved in county and regional as well as Centre of Excellence training squads and gymnasts from the special needs competitive section competed and won titles at a national level. Moreover, gymnasts from the recreational groups attended the World Gymnaestrada festival of gymnastics in Amsterdam. 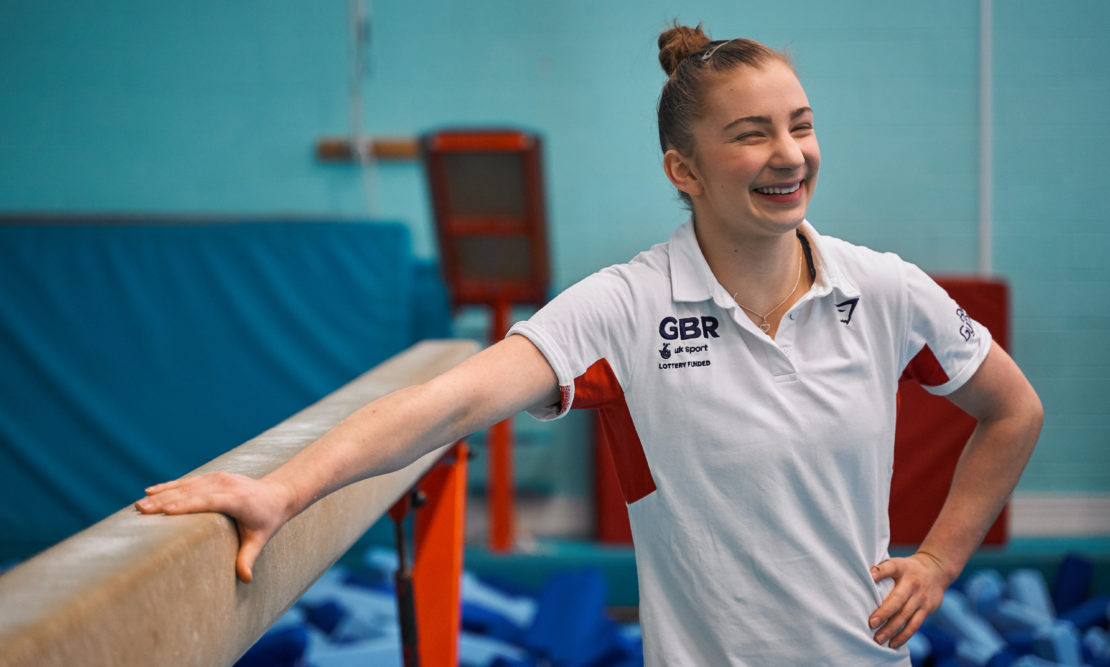 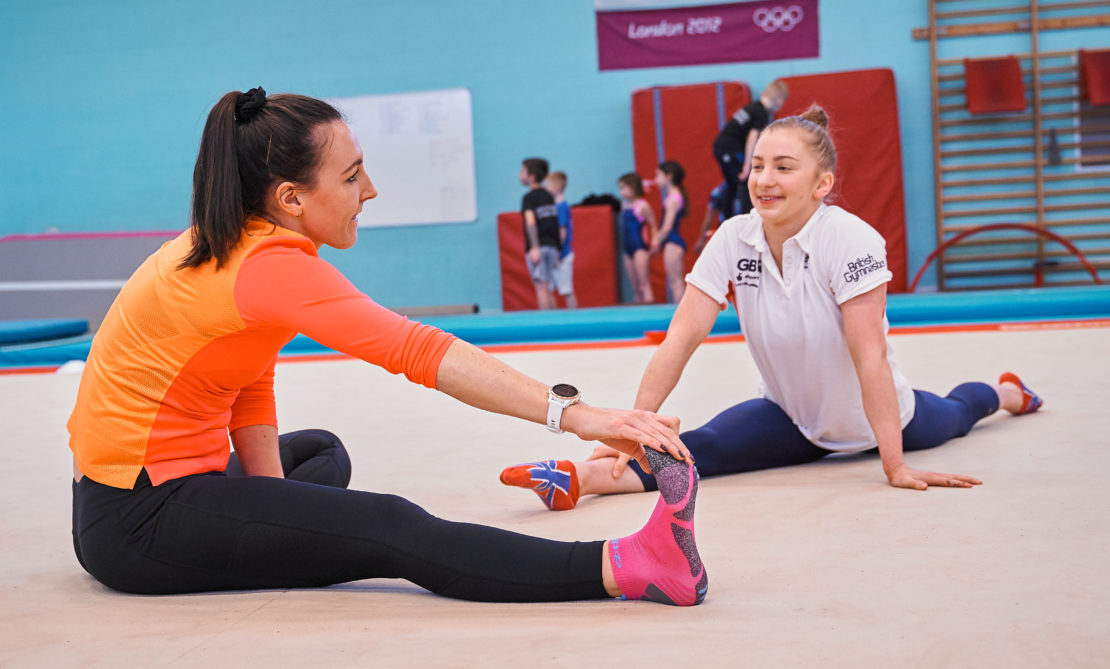 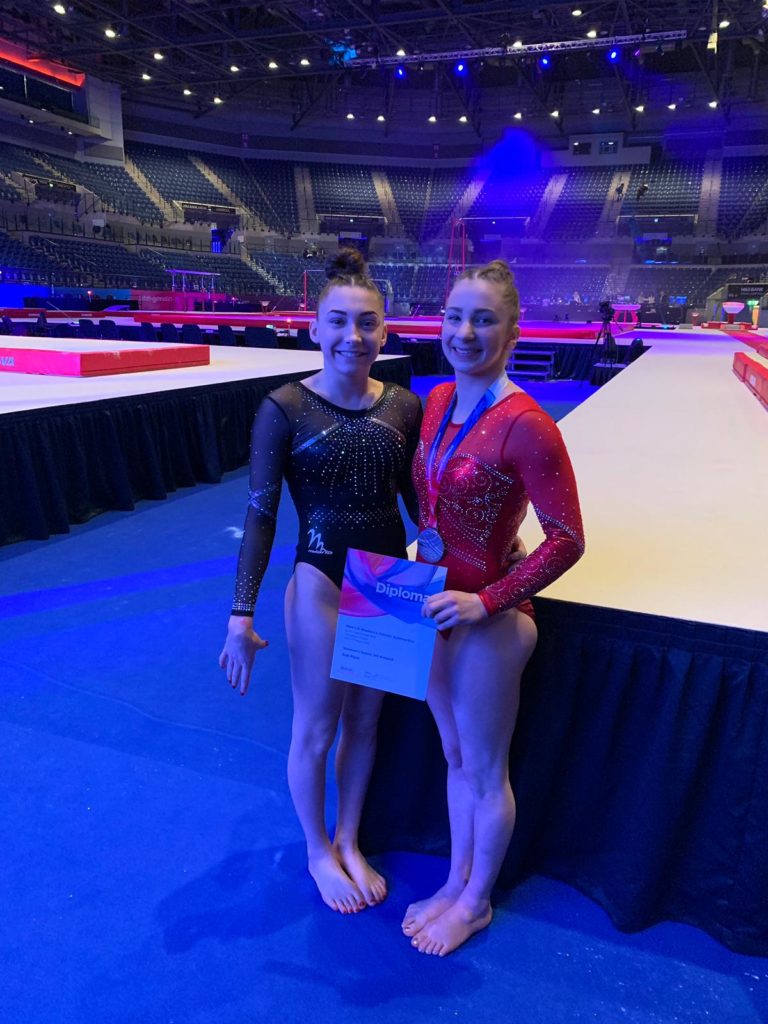 The needs of gymnastics are quite extensive in terms of specialised apparatus requirements, however, and with the ever-increasing success of S.S.G. and the growing number of youngsters wishing to participate in the sport,it soon became impossible to operate in the limited space that Eastpoint had to offer. Moreover, the shared nature of the facilities meant that all apparatus needed to be erected at the beginning of each training session and taken down at the end, thus eating into valuable working time. The decision was taken, to commit to a 10-year lease on a factory unit on the Solent Industrial Estate in Hedge End; however these premises eventually proved too costly and in 2002 the school was once again faced with looking for a new site. At the time, Hamble School was bidding to become a Specialist Sports College and S.S.G. launched a bid for Lottery funding to build a specialist gymnastics centre on the school site. Funding was eventually approved and the gymnastics school as we now

Twinning with Moscow Dynamo and a new name for S.S.G.

During this time S.S.G. had formed a close relationship with one of the top gymnastics clubs in the world, Moscow Dynamo, and particularly with its president, Dr. Vladimir Zaglada, one of the main forces behind Soviet gymnastics, and its vice-president Michael Voronin, one of the most successful gymnasts to come out of the Soviet gymnastics system. This relationship eventually resulted in the two clubs twinning, with Dr. Zaglada and Michael Voronin becoming vice-presidents of the Southampton club. The two clubs then embarked upon a program of co-operation, which led to the exchange of gymnasts, coaches and technical expertise and as a result of the twinning, S.S.G. changed its name to the Dynamo School of Gymnastics. 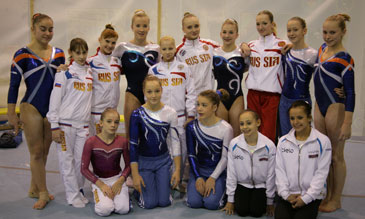 Unfortunately our dear friend Michael Voronin passed away in 2004 and Andrei Zudin, a prominent figure in the Russian Gymnastics Federation, succeeded him as president of Moscow Dynamo. We are honoured that during a 2012 trip to Moscow for the Voronin Cup, Andrei also agreed to assume the position of vice-president of Dynamo UK alongside Vladimir Zaglada who now lives in the USA. 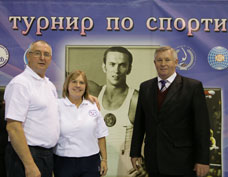 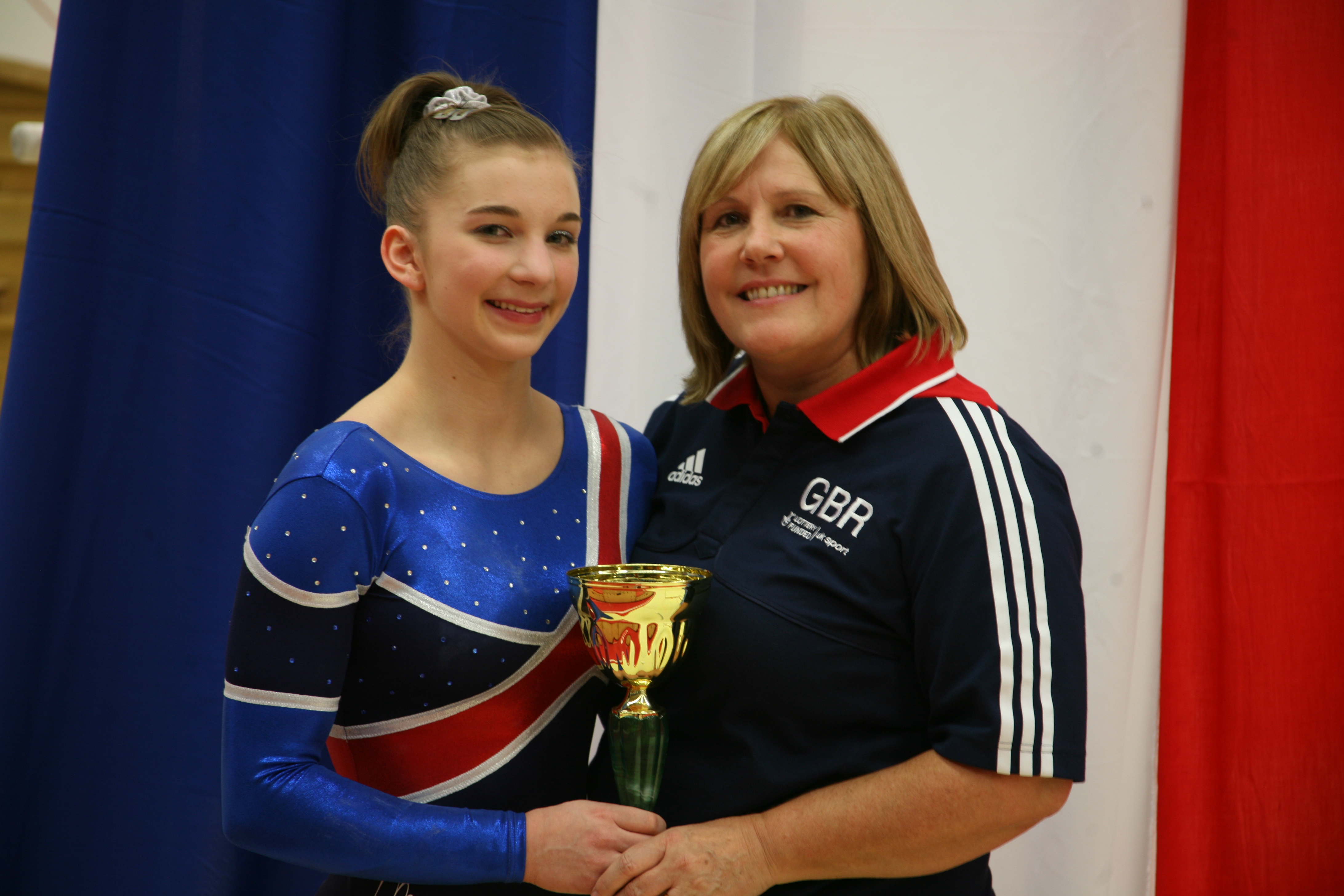 Dynamo is now one of the top gymnastics schools in the country and is the only school to coach both men’s and women’s gymnastics at a high level. In fact, Dynamo boasts a team member in both the men’s and the women’s Great Britain squads and the facility is even used on occasion for Team GB training. As well as competing at such a high level, our elite gymnasts are excellent role models for the younger squad members who are lucky enough to train alongside them regularly. The Dynamo coaching staff has greatly helped in the training of the Sports Complex staff and together they have set up popular after-school clubs for all ages and abilities. Conversely, the Sports Complex is able to support the work of Dynamo in the provision of changing facilities, social areas, a first aid room and a staffed reception. And in the event of large competitions, the gymnasts are able to use the sports hall and mirrored dance studio, both of which have sprung wooden floors. 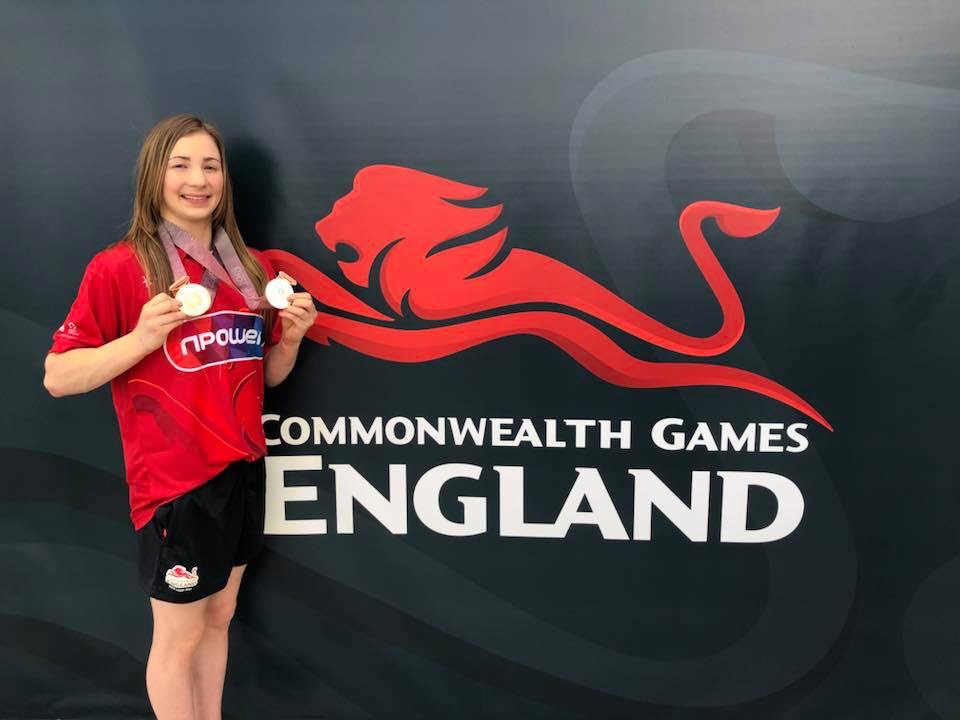 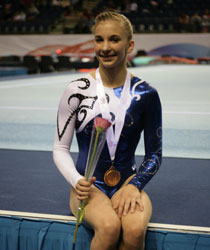 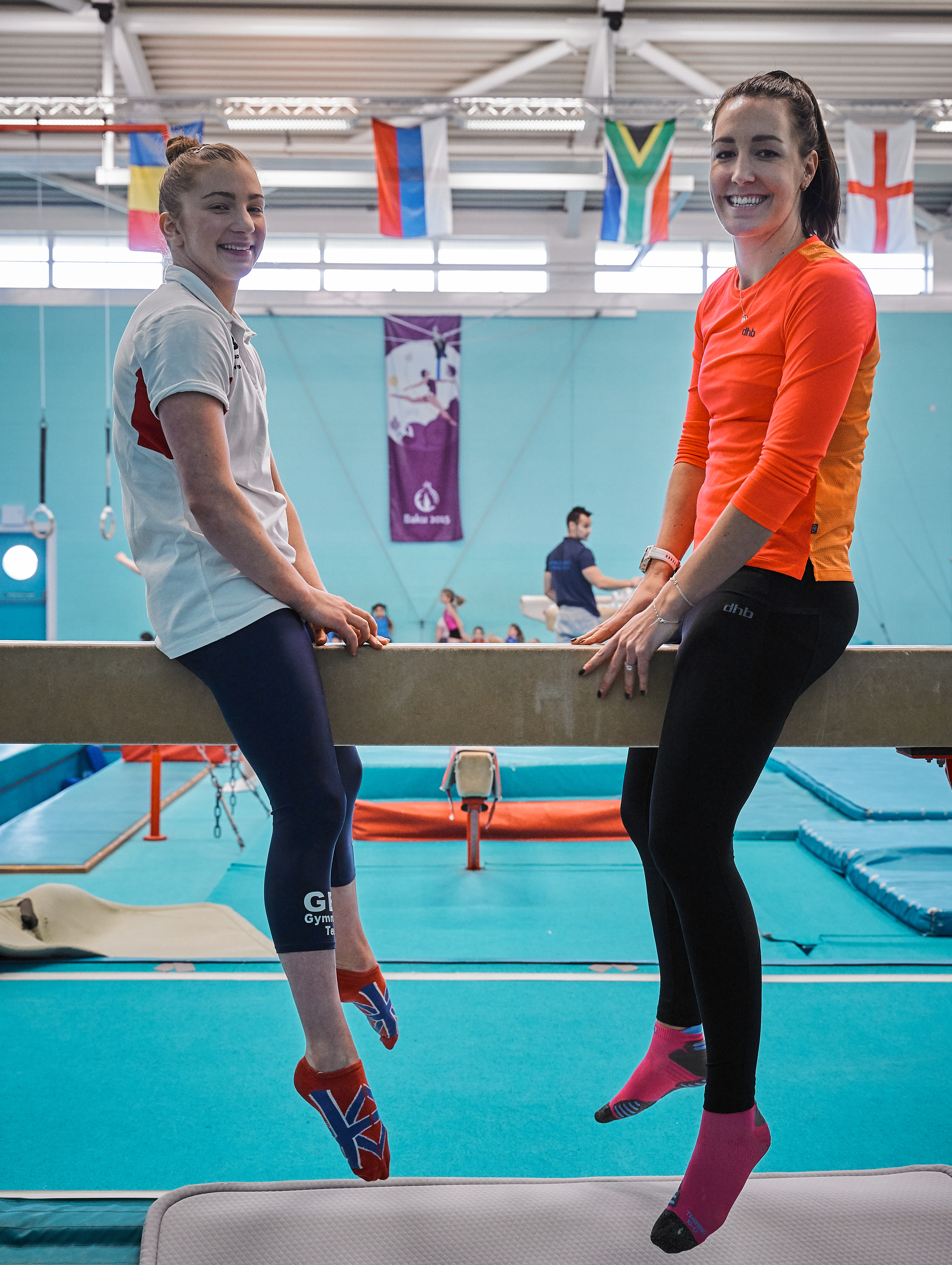 2012 saw the completion of Dynamo’s most recent extension project. Once again with the support of EBC and British Gymnastics, the target was to increase working space for new pre-school gymnasts. The dedicated pre-school studio space was created to meet these demands and to provide additional specialised fundamental movement sessions. In addition to the pre-school space, Dynamo has also erected a new viewing gallery and has made improvements to existing facilities, most notably by extending the vault run up to meet the International Federation of Gymnastics’ (FIG) standards of 25 metres. This has meant that Dynamo was able to host the Singapore National Team in the lead up to London 2012! The current dedicated gymnastics centre is 35 meters long and 25 meters wide. It is fully equipped to the International Gymnastics Federation (FIG) standards for both male and female artistic gymnastics and it has foam filled safety pits for the safe development of world-class gymnasts. And as one of the leading gymnastics training centres in the country, Dynamo carries the British Gymnastics stamp of approval and is Gym Mark accredited.